The CACP announces the recipients of the CACP International Policing Award

The CACP announces the recipients of the CACP International Policing Award

CALGARY, ALBERTA – During day 2 of the 114th Annual Conference of the Canadian Association of Chiefs of Police (CACP), two individuals were recognized as worthy recipients of the CACP International Award.

The first recipient is Chief Superintendent Rick Philbin, from the Ontario Provincial Police, for his role as the Senior Police Advisor with Operation Proteus, the Canadian contribution to the United States Security Coordinator (USSC) for Israel and the Palestinian Authority. 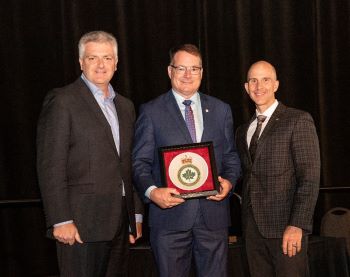 In this capacity, Chief Superintendent Philbin worked tirelessly to help legitimize the Palestinian Civil Police and ensure police primacy on community safety and state security. To this end, he provided advice on police operations, administration, effective practices, police procedures, training methodologies and other policing activities. He was also responsible for coordinating and communicating with a number of international agencies.

Chief Superintendent Philbin brought tremendous credit to the Canadian policing community through his efforts to build capacity within the Palestinian Civil Police and the Israeli National Police while instilling trust and cooperation between them. The example he set and the trust he built with all international partners involved in and with the USSC will serve Canadian policing well long into the future.

The second recipient is Intelligence Analyst Brittany McBain, with the Royal Canadian Mounted Police, who was recognized for her contributions to the National Security and International Capacity Building Thailand initiative. 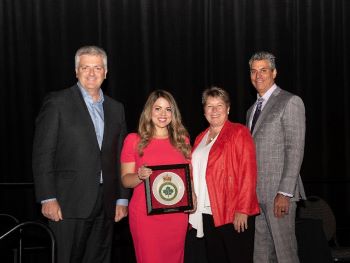 As a civilian member, Ms. McBain worked on a successful multinational investigation of a high-risk traveler from Canada who garnered media attention due to his inflammatory statements in media interviews and on social media in support of the Islamic State and in relation to his activities with ISIS. Ms. McBain helped conduct the communication analysis and open source collection of evidence generated from social media and encrypted chat platforms to provide actionable intelligence demonstrating the involvement of this individual with listed terrorist entities. This intelligence was shared with international partners to help further their investigations. These facts contributed to successfully obtaining a charge from the Crown on terrorism offences.

Datasets gleaned in investigations in Canada and internationally are increasingly complex, and the ability to represent data accurately and comprehensibly in court can directly result in fair and transparent court processes, which is a key democratic principle that Ms. McBain was able to demonstrate in her capacity building work.

As the facilitator of the Operational Intelligence Analysis Course, Ms. McBain is also credited with achieving significant progress in terms of capacity building in law enforcement agencies in Thailand. She was instrumental in developing and delivering training to educate analysts, investigators, affiants and Crown members on the usage, opportunities, and judicial challenges posed by encrypted communication platforms in support of investigations. Her teachings on tactical analysis, mindset, bias, limitations, etc. also helped foster closer cooperation between Canadian police agencies and international law enforcement partners.

“These recipients demonstrate the incredible impact Canadian law enforcement representatives can have on the world stage. Crime knows no borders. As a result, it is increasingly important for police agencies to work together to build the capacity necessary to successfully investigate and prosecute offenders who attack the safety and well-being of citizens around the world.”