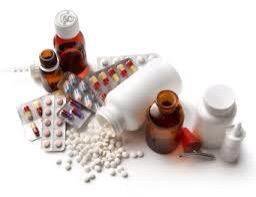 Confronting the serious public safety impacts of prescription drug abuse in Canada is an important priority of the CACP Drug Abuse Committee. The following is an excerpt from First Do No Harm: Responding to Canada's Prescription Drug Crisis, Canadian Centre on Substance Abuse, March 2013:

Certain prescription drugs, like opioids, stimulants, sedatives and tranquilizers are associated with serious harms such as addiction, overdose and death. These drugs can have a devastating impact on people’s lives and their families, as well as place a significant burden on our healthcare, social services and public safety systems.

Recent research from the United States estimates the annual cost of the non-medical use of prescription opioids to be more than $50 billion, with lost productivity and crime accounting for 94% of this amount.  In countries such as Canada, where these prescription drugs are readily available, their associated harms have become a leading public health and safety concern.

Canada is the world’s second largest per capita consumer of prescription opioids after the United States.3 The International Narcotics Control Board reports that Canadians’ use of prescription opioids increased by 203% between 2000 and 2010, an increase steeper than in the U.S.  Some First Nations in Canada have declared a community crisis owing to the prevalence of the harms associated with prescription drugs.

According to the 2011 Canadian Alcohol and Drug Use Monitoring Survey, 23% of Canadians aged 15 and older reported using a prescription drug at least once during the past 12 months.6 The 2010–11 Youth Smoking Survey revealed that 8.2% of Canadian youth in grades 6–12 reported using prescription and over-the-counter drugs in the past year to get high.7 Deaths related to prescription opioids doubled in Ontario, from 13.7 deaths per million in 1991 to 27.2 per million in 2004, more than twice the mortality rate from HIV (12 per million).

As many prescription drugs with a high potential for misuse come from the medicine cabinets of friends and families, the proper medical storage of these drugs can effectively reduce diversion (National Advisory Committee on Prescription Drug Misuse, 2013).

Why Prescription Drop-off Initiatives Are Important

To learn more about how to dispose of or return unused prescription drugs, please contact your local pharmacy.